Chants from Extinction Rebellion climate change activists (rather fitting) and stormy skies provided an atmospheric backdrop for the annual beach clean we organised on behalf of the Marine Conservation Society (MSC). Members of the Mooncup team, alongside dedicated volunteers, combed 100m of Brighton beach to collect and collate the rubbish found within this stretch of coastline. The results (which we have recorded) will be added to the findings of hundreds of other cleans across UK beaches by MSC to form a detailed picture of the levels of waste pollution in our marine and coastal environment. The UK event feeds into a global movement coinciding with the International Coastal Clean-up (ICC) and the combined data helps create an international picture which can be used to influence policy makers and inform future campaigns. 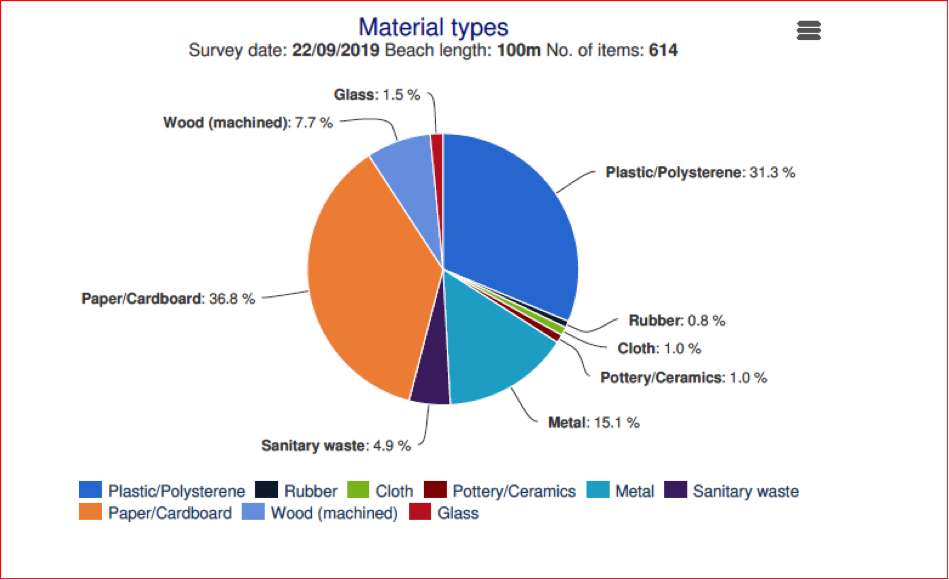 Although we did find some sanitary waste (4.9%), an overwhelming amount of it was cigarette butts (recorded here in the Paper/Cardboard category) which made up 36.8%.

We’re committed to the fight against plastic pollution and have been leading the way since we started (way back when) in 2002. Did you know that thanks to you, our users, over 2.1 billion fewer tampons or pads have ended up on beaches or in landfill! But, it is an ongoing mission and against the backdrop of the UN’s dire warning about the “apocalyptic” impact of climate change at the opening of the UN climate summit in New York, we’ll continue our work to encourage as many people as possible to ‘give change a go’.

The reason it’s so important is that many people don’t necessarily associate marine plastic pollution with menstrual products. But in fact many of these can contain up to 90% plastic, which, if flushed away, can find their way into our rivers and seas where they pose a problem to marine life and eventually end up on our beaches. In 2018 the Great British Beach Clean Survey found an average of 3 used sanitary products (towels, panty liners, backing strips, tampons & applicators) per 100m of UK beach surveyed. It is a picture we want to change! 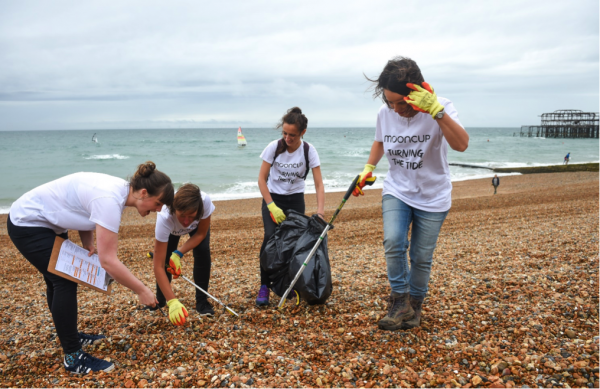 Lizzie Prior, MCS Beachwatch Officer, who coordinates the Great British Beach Clean, spoke to us about why they advocate a switch to a reusable menstrual product:

“At last year’s Great British Beach Clean our volunteers found the plastic remains of a number of sanitary items on beaches around the UK, highlighting the plastic content of commonly-used sanitary products and how damaging these can be to the marine environment.  To limit the amount of plastic which appears on our beaches and damages marine life, we must all make small but impactful changes to our habits and behaviours. Rather than replacing one single-use product for another, alternatives like Mooncup offer a way to avoid period plastic and single-use items altogether, taking further steps towards turning the tide on single-use plastic.”