Changing Lives in Rural Uganda with Mobilise a Midwife 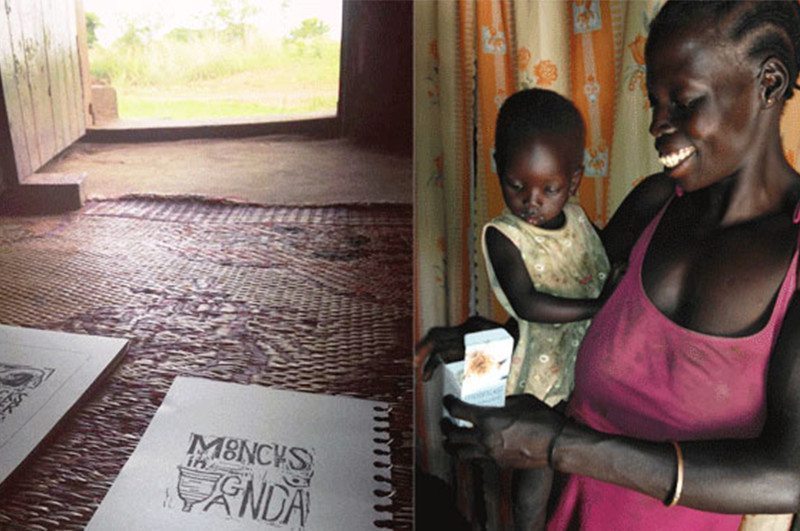 Menstruation is still a huge stigma that is rarely discussed in many communities around the world. Northern Uganda is not immune from these attitudes. It is well documented that girls and women in East Africa face problems with poor sanitation, lack of resources and lack of education about menstruation and sanitary products, with school attendance notably reduced once girls reach menstruating age. The ambition of our project, called Mobilise a Midwife, was to change the lives of women in a rural area of Uganda by introducing Mooncups.
Knowing that menstruation was such a burden for so many women, there was an opportunity for this to change for the women in Atiak, a rural area of Northern Uganda. Here, Mother Health International founded Ot Nywal Me Kec Birth House (House of Birth and Peace). This Birth House serves as a community hub supporting traditional midwives in providing free maternity and infant care for the local community.

In this area of rural Northern Uganda, menstrual products do not reach those who need them. Girls and women commonly use  torn pieces of cloth to catch their menstrual flow. Knowing that in East Africa menstruation is such a subject of cultural taboo gave a feeling of hesitancy on initiating discussions about the sanitary products that women were commonly using. There was no need to feel this way, as after women working at the Birth House learnt that Mooncups were in my rucksack when I arrived as a volunteer midwife, people came knocking on my hut door –  the existence of menstrual cups was already known by some at the Birth House, and many were curious. It felt like a huge step had been taken to get this project off the ground thanks to previous volunteer midwives openly discussing their use of a menstrual cup.

Traditional Midwives are often the wise women of the community. They and the women working at the birth house, including translators and cooks, seemed the ideal women to be the first recipients of the menstrual cups. By starting with these pillars in the community, it meant that as the project progressed they were able to educate others.  These women, who had some awareness of the female anatomy, were also able to access support from the readily available volunteers at the Birth House.

At the Birth House education occurs mainly through story telling, so those that already were using the cups were able to teach others about the importance of cleaning the vessel, as well as insertion techniques and I’m sure lots of other information which was not translated as there is often a lot of laughter during these teaching circles!

After a successful introduction of Mooncups in rural Uganda in 2014, an opportunity has arisen to provide more Mooncups with a successful charitable application. The changes that this single vessel brings to a woman means that she can leave her home to fetch water, to sell produce at the market, to go to school or to support another woman through birth, all during her own menstruation. Previously women and girls stayed at home for the first days of their monthly flow because of fear of visible leakage, stigma, and the shame of feeling unclean.

These days have changed for the women who received a Mooncup. They say they feel free and are able to continue their work, which is mainly subsistence farming. In the coming months women accessing the birth house will be able to receive a Mooncup.  These women may be attending the birth house for postnatal care or sexual health services or just because they have heard that Mooncups have arrived. It’s a new era.