What are period poos and why do we have them?

It’s not just you, we’ve all had them! Period poo may not be the number one topic for dinner parties, but as we’re no strangers to taboo smashing here at Mooncup Ltd, let’s get it out in the open. Constipation, changes in smell, consistency or frequency are all business as usual during your period. To dive deeper into the world of period poos and why we have them, we are publishing an extract from book Red Moon Gang, written by educator, author and period advocate, Tara Costello.

Tara was one of the leading voices in the huge response Protein World’s controversial ‘beach body ready’ London Tube ad campaign back in 2015, which then prompted a ban on all body-shaming media from the Underground.

Her debut book, Red Moon Gang, is a wonderfully illustrated, relatable, and motivating menstruation guide, guaranteed to shift your perspective on periods and all that goes with them, period poos included! 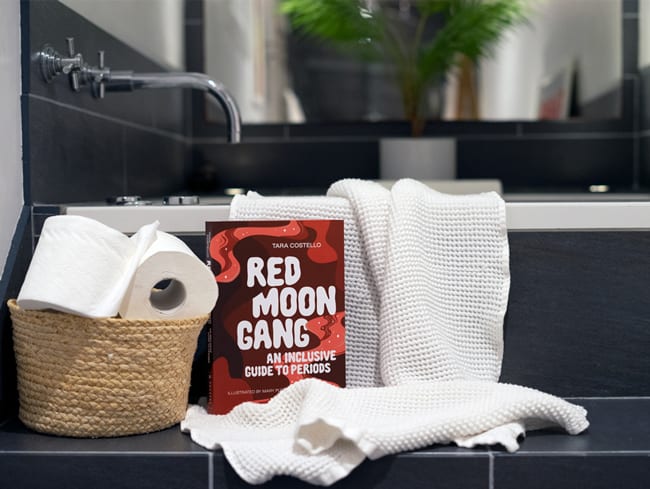 Perhaps the most fascinating PMS symptom of all is period poos. Yep, they’re a thing. A very real thing that doesn’t get anywhere near the amount of attention it deserves! Every month, without fail, my bowels work overtime. The pain I experience, the increase in size, the consistency, it’s just ridiculous. I don’t know why more people aren’t talking about this – I suppose most bodily functions are still quite taboo – but I’m definitely not alone.

After a particularly rough period where I felt like I spent 90 per cent of my time on the toilet, I took it upon myself to do some research and find out why certain people experience this. It turns out there is actual science behind period poos! I read a ton of articles, spent countless hours trying to interpret complicated science and looked up multiple definitions. I really took one for the team, pals. Here are multiple explanations for why some of us experience an increase in bowel movements during a period:

In case you didn’t know, the uterus and the colon are pretty close to one another, the lining of the uterus thickens over the course of the menstrual cycle. The more it thickens, the more pressure it can put on the colon. This also explains why some people feel constipated or even bloated during this time. Once things start to calm down and hormone levels start to fall, the uterus sort of begins to deflate. The pressure drops, and anything’s fair game. It can become easier to poo; sometimes too easy! 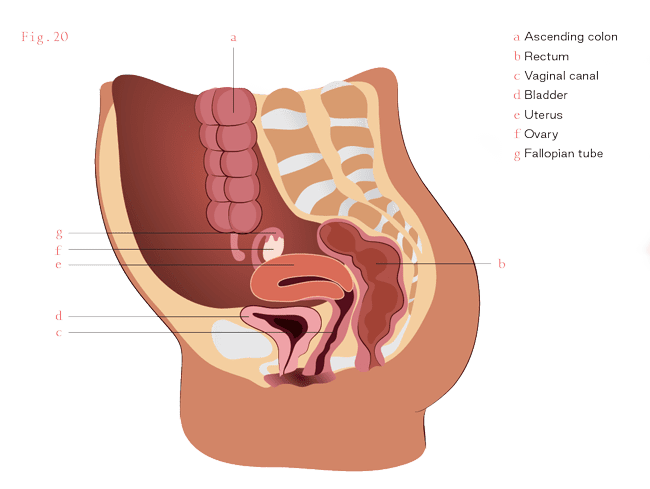 Another reason involves, you guessed it, those pesky hormones. We know progesterone helps maintain pregnancy, right? Well, as it turns out, it’s also slightly constipating. It peaks right before the period, which in turn can have an effect on how our intestines process things. If you have an influx of gas while menstruating, it’s because both hormones and bacteria in the gut change during a

menstrual cycle. When your body is likely experiencing fluctuating hormone levels, this can in turn make your bowels and stomach change. I’m telling you, everything can be blamed on hormones. Everything.

It could also be prostaglandins. These are natural chemicals in the body with hormone-like qualities. When released they signal the uterus to contract in order to push out the uterine lining. Now, here’s

where some of the reasons overlap; since the uterus and colon are so close, it’s likely some head over to the bowels to wreak more havoc there. If you’ve ever experienced bowel cramping or feeling like you need to poo but can’t, this could be why.

Stress and changes in diet could also be a factor. With things becoming tougher and cravings becoming more intense, it’s only natural to be using the toilet more often. As past periods have come and gone, I’ve noticed which foods react well with my body and which do not. Do I stop eating them? No, I’ll never learn.

My cravings during a period are some of the most intense things I’ve ever experienced. Sometimes I feel like I cannot function without a big bag of salty pretzels or a giant chocolate bar. There are a few possible reasons why people feel more hungry or crave comfort foods such as sweets and carbs before or during a period. One theory is that it’s related to the way oestrogen and progesterone go up and then drop dramatically just before a period; another is the change in the body’s response to insulin during the luteal phase. And, of course, there’s also the fact that carbohydrates make us feel better when we’re feeling stressed. In fact, carbs are known to promote serotonin release. Cortisol (the stress hormone) tends to spike right before a period and at the same time serotonin can dip, so it’s been scientifically proven that certain foods can boost your mood. There are also certain foods that might help with PMS symptoms and some that won’t. (But don’t worry, you won’t find any diet talk here.) 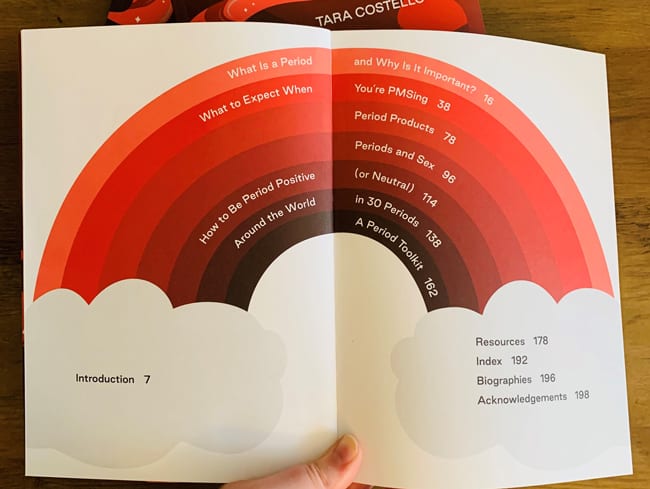 Red Moon Gang, published by Prestel Publishing, is out now. Get your own copy here for access to more relatable period facts and tips.

Have a comfortable period with a Mooncup menstrual cup. Buy yours today.

You may also be interested in:
The colour of your period: what does it mean?
What are the different types of vaginal discharge and what do they mean?
Top tips for a first-time Mooncup® User
How to reduce period pain and cramps
How to manage heavy periods?
How to practice body positivity? Top tips from Ruby Rare